"Moon's “end-of-war" declaration is not a peace treaty, but considered an important political statement as part of advancing relations on the peninsula.

More concerning, Panda pointed out, is whether a victory by South Korea’s conservative presidential candidate Yoon Seok-youl is likely to ignite tensions in the area.

Yoon has signaled a more hawkish stance when approaching the North, saying in an interview that he supported launching a preemptive strike on Pyongyang if Seoul is found to be threatened with missiles loaded with nuclear warheads.

“If a conservative, and specifically Yoon Seok-youl... were to win, that would be a pretty significant development because it would actually change, I think, South Korean’s orientation a bit,” Panda said, “and it might actually lead the North Koreans to then consider staging direct provocations against South Korea in the pursuit of advantage later this year, or potentially in the years to come.

The most likely response is an increase in sanctions on North Korea, but Panda said Pyongyang has isolated itself to such an extreme degree in response to the pandemic that it's unlikely any more outside pressure is going to change its behavior.

“The pandemic has imposed more economic pain on North Korea than we could have ever hoped to do with our sanctions,” he said. “I think it’s a pretty clear indicator that they’re willing to sustain tremendous amounts of economic pain... and they’ll still find a way to push ahead with their nuclear missile capabilities which they deem to be absolutely essential for their survival.” ” 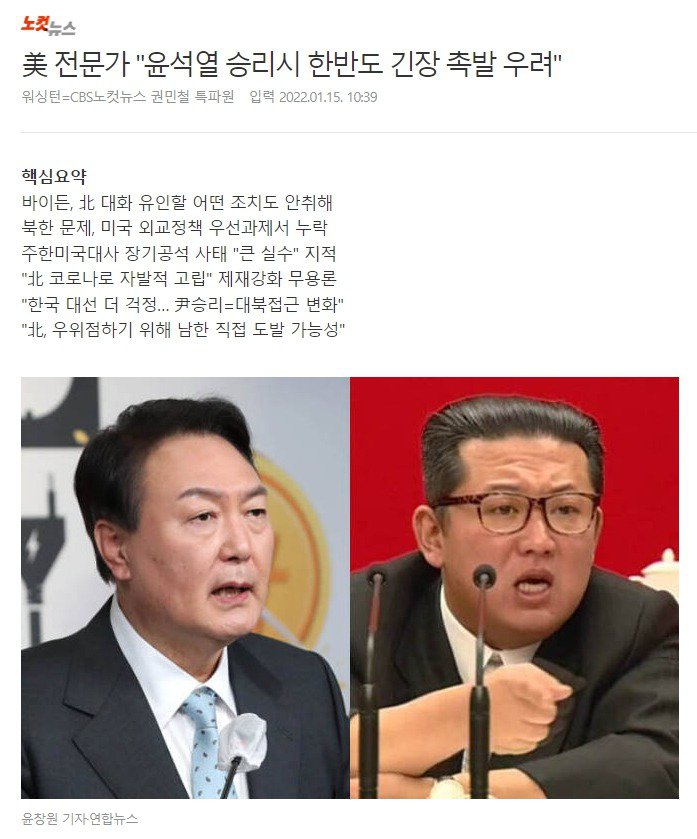